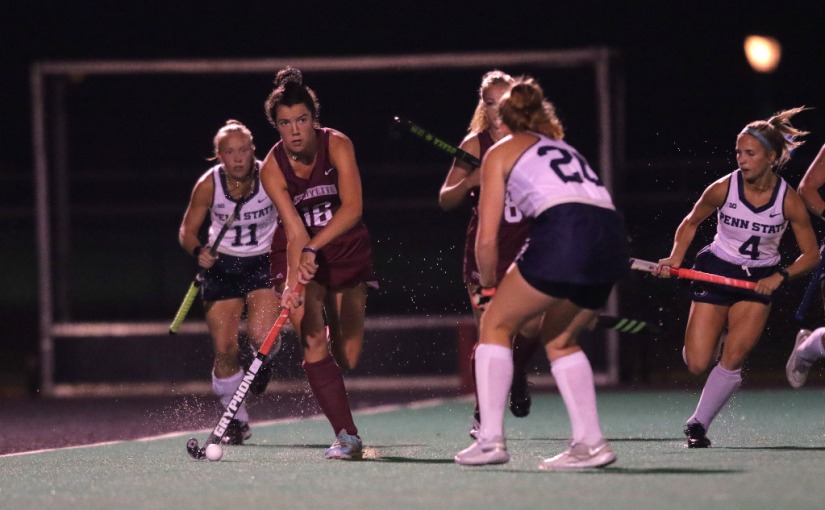 Every goal in this game was scored on a corner as the play between the 25’s was as intense as it was skilled. Yes, the Nittany Lions outshot the Leopards 23-6 but many of the shots were not on mark, and were more of circle entries and shots taken with a hope of a deflection or redirection. The Leopard defense stood tall in the circle with Hailey Abbott turning in a career performance with 13 saves on evening. 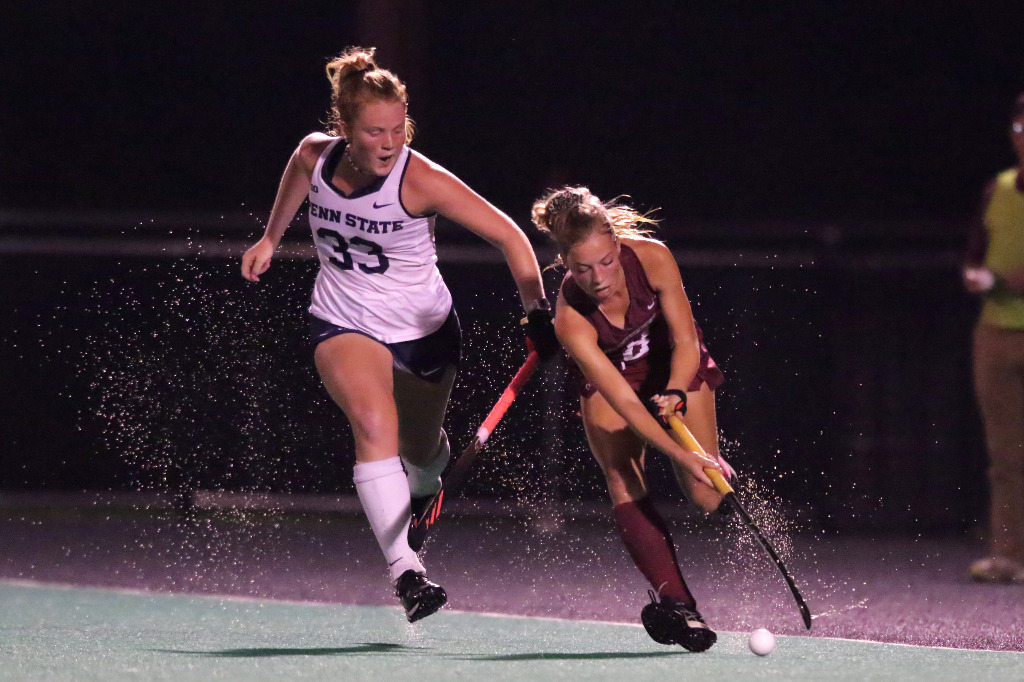 But it was also the defense which came up big holding Penn State to zero goals for three quarters. In fact the Leopards held a 1-0 lead going into the fourth quarter with the goal coming from a shot off a corner by Simone Hefting assisted by India Ralph and Filine Gerbrandij.

The three fourth quarter PSU goals came in the 46th, 47th, and 53rd minute by Emma Spisak, Jemma Punch, Anna Simon…all the result of corners. PSU head coach Char Morrett said after the game. “I thought we played some of out best field hockey of the year in this game.” Head Coach Jennifer Stone was proud of the effort her team made. She noted in particular her defensive line and goal keeper Abbott.

Penn State opened with a high press hoping to trap the Leopards into making mistakes and turning the ball over. The Leopards handled it well, though Penn State did manage to keep the early action on Lafayette’s side of the field. 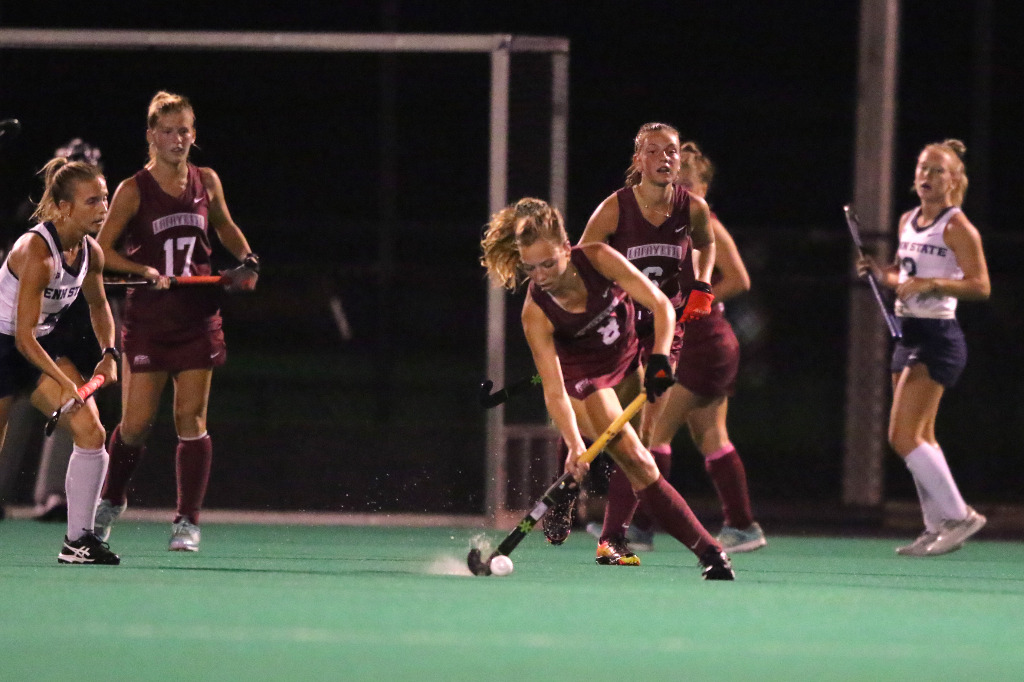 It was in the second half that it became obvious Lafayette was getting comfortable with the pace of the game, and they began to make threats of their own, ending in forays into the attacking circle. The Hefting goal was the highlight for the nearly 600 fans who were in attendance.

Penn State only used four subs for the entire game, while the Leopards used five. With five minutes left in the game Coach Stone pulled her goalkeeper hoping to close the gap. Abbott left the game until Audrey Sawers received a green card.with three minutes to go. The Leopards never conceded defeat, playing hard to the very end. Sawers again showed leadership. Finally Coach Morett-Curtis noted, “Lafayette came at us hard with their speed and quickness.”

The Leopards return to Rappolt Field on Sunday to meet Drexel and next Friday there will be a 7 pm Patriot League contest with arch rival Lehigh. Tonight’s performance will give both teams something to think about!!!