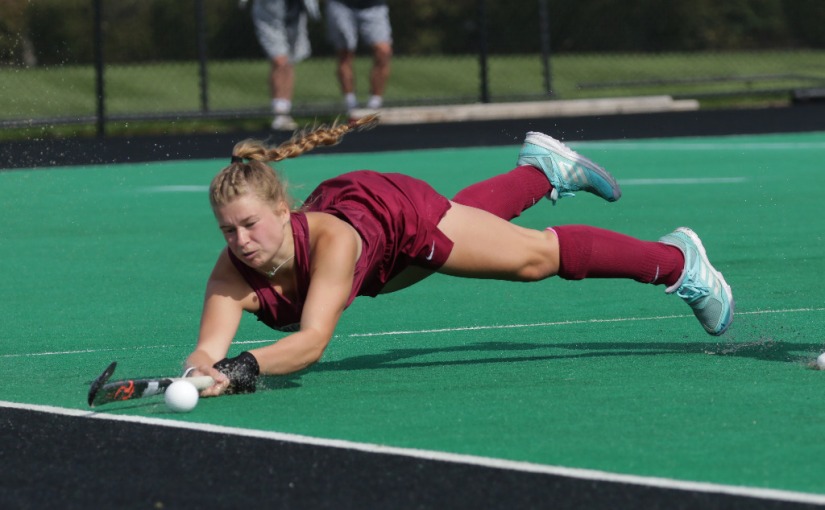 The Leopards will entertain Penn State this Friday in a renewal of the Pennsylvania series that goes back decades. Lafayette is the only Pennsylvania school to have beaten the Penn State Nittney Lions where State holds a large edge. It has been about 8 years since the two schools have met with Penn State having won the last outing 4-1 in 2014. This year they come to challenge Lafayette. who has a 10-2 record against Penn State’s 9-3 record. The Lions are ranked at least 5th in the nation while the Leopards best rating is 18th by Bolster.

By most readings Penn State has had the more difficult schedule losing to number one ranked Iowa twice and number 4 ranked Rutgers once. ( The Leopards will be playing Rutgers later this season). This being an out of conference game for both, certainly respect and pride is on the line. But it does have practical consequences. Seeding which is basically done based on RPI in the NCAA tournament can be effected and selection as an at large participant can be influenced by the outcome. The Leopards were an at large selection in 2012.

The only common opponent to date is Indiana who the Leopards beat 4-0 and and Penn State beat 4-1. The last Patriot League opponent for Penn State was Bucknell which they beat 4-1. ( Bucknell initially was winning 1-0 before an onslaught of goals and shots). Other than that, statistics for each look familiar. The Leopards have scored 33 goals on 198 shots while Penn State has scored 32 goals on 169 shots. Lafayette opponents have managed only 12 goals on 96 shots while Penn State’s opponent have 18 goals on 134 shots. Lafayette has had 77 penalty corners while giving up 55. Penn State has 88 penalty corners while giving up 61.

Both teams have exciting young players with sophomore Sophia Gladieux (number 3) the leading goal scorer with 13 to date for the Lions. Lafayette scorers are more spread around with 10 players contributing goals. Felicitas Hannes ( number 5) leads the Leopards with 7. She is closely followed by Audrey Sawers, and Molly McAndrew with 6 each. To my mind this may come down to the veteran defensive backfield of Lafayette vs the young offense of Penn State! I had this game circled all season and am excited to finally see it.

As to the rest of the Patriot League, at least one team will be eliminated from the PL tournament as BU will play Colgate both with 3 losses each. The top four, American, Lafayette, Bucknell and Lehigh can do no worse than 3 loses going forward. In the coming week Lafayette will play Lehigh as the seeding gets sorted out. The second definite elimination will be decided in two weeks in the Boston/ Holy Cross game, leaving only one with a chance for the final seed.