After a long and exhaustive search USA Field Hockey, after sifting through an impressive list of qualified candidates, Simon Hoskins Executive Director announced the selection of Anthony Farry as the new U.S. Women’s National Team Head Coach. Simon remarked,  ” He has built a great track record of success and has a wealth of experience as a head coach that will serve him well as we all at USA Field Hockey work to achieve our mission of sustained international success.”

He comes after serving as the performance director and head coach of the Japan Women’s National Team, a role he’s held for three years. Farry was also asst coach of the Australian Women’s team in 2010. He was also was as an asst coach for the Canadian Men’s team before becoming the head coach.  While in that role he coached Scott Tupper the newly hired Lafayette asst coach who is also the captain of the Canadian Men’s Team.

During a zoom meeting last night during a PM with me, Tupper had high praise for Farry and said it was a great hire for the US and attributed much of Canada’s success to him. 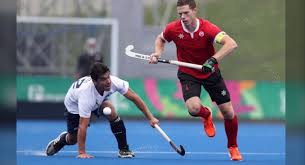 For the second time, Coach Jennifer Stone arranged for we parents, fans and alumni to stay connected to the program. Hosted by Kaitlyn Arnold, Lafayette alumna, former scholar athlete, and all league goal tender, gave everyone chance to meet Scott Tupper, the new asst coach, Eva Kaplan junior midfielder, and Audrey Sawers one of the team captains.

Coach Stone started the one hour meeting by stating the school has changed to a hybrid system and everyone will be on campus in the spring. This will enable the full team to be present and to perhaps have a spring season. Welcome news!

Katilyn who is the voice of Lafayette field hockey broadcasts, added to her credentials as a TV personality by adroitly introducing each guest, and was well prepared with interesting questions for us to absorb. We learned  what it’s like for the five team members on campus, and Eva ran through her experience at home staying in shape and doing clinics for young athletes.

Scott spent time explaining his career, as Stone had prepared highlights of Scotts play for us to enjoy. His corner shots were like rockets. He is a defender at heart and credits hard work and perseverance for his success. Asked about the Leopards team, he is excited to see the team together. He has been working with the 5 team members in residence.

We learned his wife is a US citizen and comes from Lancaster,Pa. He brings a great work ethnic combined with a keen sense of humor, which should make future team practices interesting.

There Are College Teams Playing

The ACC is playing a fall season and did give this fan a chance to see live field hockey.  Last weekend’s overtime game from Chapel Hill between UNC and Duke was a classic.

The ACC has been playing all fall, I hope the Patriot League will come to its senses and start scheduling for the spring!

Our student athletes are entitled and have earned that experience.

In a release to the Lafayette community, President Allison Byerly announced the plan for the spring semester. She reviewed the issues in the fall and how the college’s goals were met by limiting the population density on campus and by offering remote only learning. In a zoom meeting several weeks ago she revealed that 60-70 percent of the faculty wanted to return to normal teaching.

She recognizes that bringing more students to campus presents greater challenges but believes the risks to be manageable. A return to campus by students would have to include significant increases in testing protocols and community commitment. She adds we cannot expect a disease-free environment, but with effort the Lafayette community can control the environment within manageable levels.

So all students will choose to study at home or come to campus. Those who are at home get a 10 pct discount on their tuition ( plus no room or board). Students must make their choice by Nov 2.

All faculty will choose whether to teach in the classroom or remotely. Some employees will choose to remain at home. There is an expectation that students will participate in testing and contact tracing. Students should not expect all activities and services normally available.

It was emphasized they are not promising a normal semester. So it is uncertain still, about the future of sports. The NCAA has set a calendar for the return of basketball and the playing of fall sports in the spring. The ACC is playing a full calendar of games including field hockey this fall. There several conferences that have already announced plans for spring field hockey. I have heard rumored that at least two Ivy League schools will not play this spring ( Harvard, Princeton and perhaps Yale). There may be five Ivy League schools playing.

It appears that there is a majority in the Patriot League who want to return to sports this winter and spring ( Army, Navy, Holy Cross, Colgate, Lehigh and Bucknell and perhaps BU). It has been pointed out, that there are state impediments for Holy Cross and BU, but Boston College has been able to navigate those obstacles as an ACC member.

The above announcements makes it more likely but not a certainty that Lafayette will return to athletic competition. I see no impediment for a fanless basketball season, since student don’t return until mid to late January. Outside sports to me are a no brainer, field hockey, golf, soccer, tennis and even Lacrosse and Football could be played, given the low risk to the participants in that age group.

I note that the ACC has managed to play without major incident and Army and Navy have not had infection problems with contact from other schools. I would hope and encourage that an announcement on sports in the very near future is promulgated, anything less would be a major disappointment, demonstrating a lack of commitment and leadership. Not to say a fiscal and strategic mistake!!

We have now reached what would have been mid-season for collegiate field hockey. High Schools have begun to play, collegiate players are playing pick up games in private turf fields and the NCAA has outlined a plan for a spring season for division one field hockey and an NCAA championship. We cannot forget there is one division one conference playing, the ACC, who has had two weekends under their belt without incident.

I also note that infection rates are significantly below one percent and in the Patriot League in particular the majority of reporting schools are showing infection rates below 1/4 of one percent. In the case of Bucknell for the last two weeks their have been no new cases of Covid 19. In the case of Lehigh, there has been a contact alarm ( with non athletes) that led the Mountain Hawks to suspend athletic practices already in progress. They are expected to resume by next week without any reported infections by athletes. Army and Navy of course continue to play all sports without incident!

The Patriot League president’s council has met several times under chair President Byerly without an announcement, even for basketball season. There has been one report from a competent reporter at CBS sports that the proposal on the table is to play basketball only within the League starting Jan 1, eliminating all non-conference games.

President Byerly has promised through multiple town halls and multiple zoom meetings to have definitive answers by Oct 20 regarding the second semester, presumably including sports.

Given the known infection rates and the inclination of our Patriot League cohort, I see great danger for Lafayette not to at least prepare for a spring season. It appears that the Ivy League will not have that spring season because they are not returning all four classes. Not the case for the Patriot League. Not returning all classes could expose a Lafayette inability or unwillingness to deal with the virus like the rest of Patriot League. Ivy envy in this case would not serve Lafayette’s interest for athletics or its general student population today and in the future.

If the Patriot League were to dictate no sports for the remainder of the year the League would certainly risk the loss of the service academies……a disaster by any measure.

So I come to the conclusion that the League and Lafayette should plan to open and allow practices, plans can always be changed but be prepared!!! As for our team, they are already practicing at Spooky Nook, the Proving Grounds, clubs in other cities, and European Clubs. Why we can’t bring our team back to live, learn and practice escapes me!

As I was typing this I received an email that President Byerly has submitted her resignation effective at the end of her contract year, this coming June. 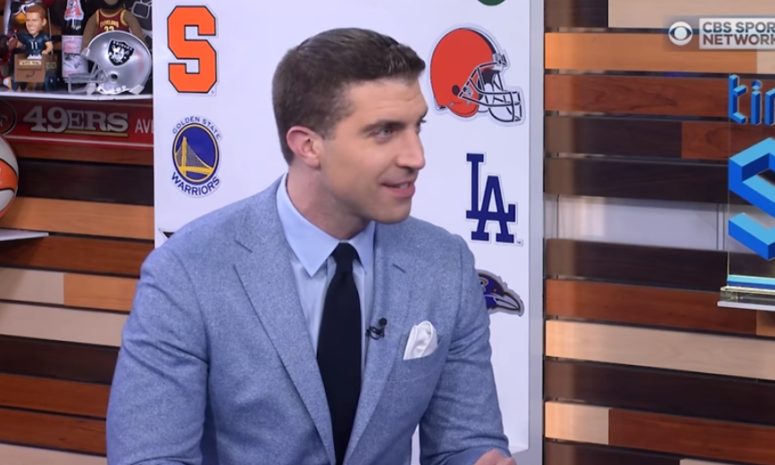