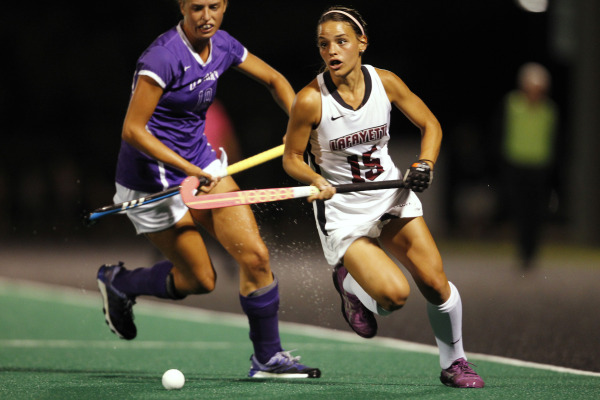 Two years ago I was on the sidelines at Spooky Nook, Pa., the national training center for the US team. It was the national tournament where individual players would  be selected for the various national teams. Lafayette had several other players playing, and I took the opportunity to take a look at all the young hopefuls, but I wanted to see how our Leopards stacked up particularly. They had all been preselected to play from regional tryouts across the country ,and several of our players had make this cut.

Coincidentally, I was standing next to a college coach I knew who has had several national championships and she asked me who from Lafayette was on the field. Amanda Magadan was playing in that particular game and after several minutes the coach remarked to me,” What great balance and ability, how did I miss her??”  Amanda was entering her sophomore  year and I said, she is going to be a great player. 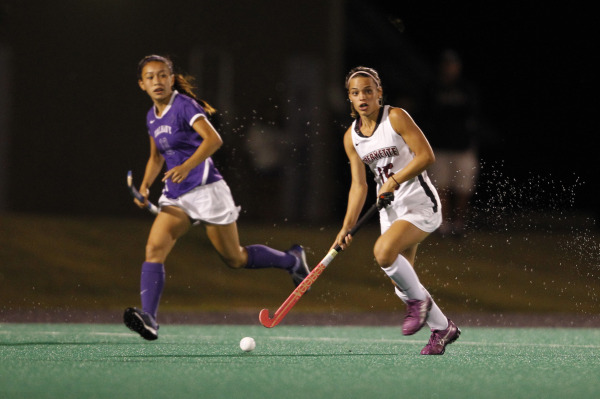 Last year, her junior season, she was the leading goal scorer as a midfielder, captain of the team and was a first team Patriot League and all region selection. Since then  she has been selected to the  US Under 21 team culminating this week in the selection to the Junior US Pan Am Championship team to take place from March 30- April 10. She will be playing against like teams from Canada, Mexico, Trinidad, Tobago, and Venezuela. In all, nine countries will be competing for a gold medal.

Amanda has already played against teams from Holland, England, Canada, and Japan but  this is the first tournament for Amanda. ” Getting the opportunity to play in an organized tournament is different, adding a new level of intensity,”Amanda remarked recently. Coach Stone added, ” To be selected to represent the United States in the Junior Pan-Am games is quite an honor.” The senior squad won the title last year.

Interviewed last week during the half time of the Lafayette Men’s Basketball game she expressed her excitement and hope to bring back the gold, but also saw it as a learning opportunity,for when she returns for her senior year to her Leopard teammates, as they try to return to the Patriot League and NCAA tournaments.

When asked by the reporter how she sees her future in hockey and beyond, she said she takes in one day at a time. She is a psychology major with a GPA average over 3.5.  She returns to a very experienced team with what looks like a talented group of first year students with a broad national and international background. The new group of freshmen will be announced officially in April on the NCAA national letter of intent day for field hockey.

The team meanwhile will engage in an indoor tournament March 5-6 followed by the spring outdoor season and several scrimmages and tournaments on the east coast. 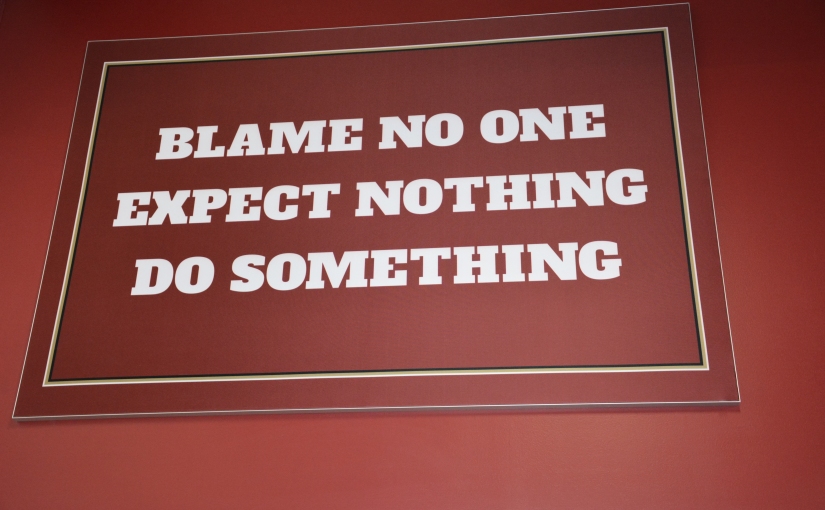 It is less than a month before the Lafayette field hockey team returns to actual competition. On March 5-6 they will participate in an indoor tournament at the home of the WC Eagles in Spring City, Pennsylvania. After that ( and hopefully a spring melt) they will again be on the turf for an outside game April 2nd in Philadelphia with Temple University. There will also be a “play day,” at Lafayette with many of the Patriot League teams on April 9th where we will get a peek at the rest of league for the first time in 2016.

Meanwhile, recruiting continues for our coaches, as it appears the final class will have eight or nine new “pards” to replace the six seniors who will be moving on to jobs or graduate school next fall. This is the time for our returning stalwarts to improve their skills as they get additional playing time in the spring. Process and preparation are paramount before the practical on field experience can be maximized.

It is at this point that the strength and conditioning staff play a key role in that preparation. Yesterday, I was on campus and decided to get a peek at a mid-week lifting session. Strength sessions occur three times a week with the Wednesday session being a “light day.” Sessions are scheduled at a time that fits the academic schedule of these student athletes, and it is typically filled with  4 or 5 field hockey players under the tutelage and watchful eye of Steve Plunkett, the Asst. Strength and Conditioning Coach. Steve is assigned to the Field Hockey team and is responsible for supervising the progress of the players, and to ensure they are ready to perform at the highest level. Steve is an athlete himself, having competed in the 140 mile Ironman Louisville Triathlon.

With a degree in Sports and Exercise Science, Steve uses the latest in technique and facilities to see that our players receive the greatest benefit while under his supervision. Each player is wired with a heart monitor to record their effort during the 45 minute session. He explained that it’s not his goal to make “weight lifters.” but to guide our young women and men in “sport specific” training to make them stronger and faster on the turf.

When asked what he concentrates on, he said in field hockey lower back exercises are important, since players spend most of their playing hours directing the ball with a stick in a bent position. However, he is also interested in the overall strength and endurance of every athlete.

I asked if he found differences coaching men or women. He said no, they tend to get competitive mostly as upperclassmen as they begin to realize the training is not necessarily to build large muscle mass but improve performance. But there are amazing accomplishments as he cited sophomore Kaitlyn Ewing’s squat exercise performance of nearly 200 pounds as a team leading effort.

During the afternoon I watched Adriano Pero, Liza Welch, Ellen Coulbourne and Kristen Taylor train under Steve’s watchful eye. Their performances and cardio-information were communicated by computer to the coaching staff to be reviewed individually and in team meetings later on. 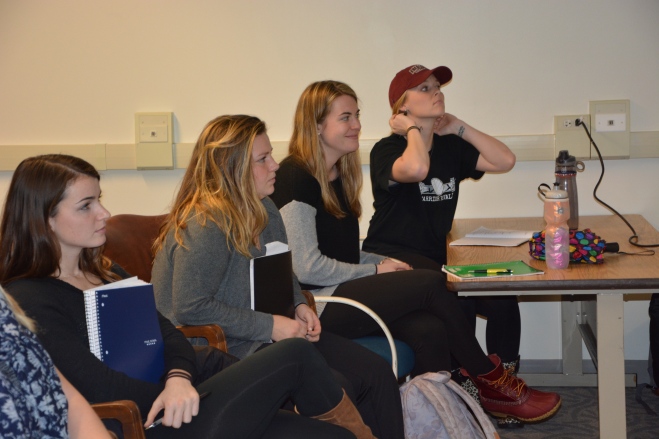 Later in the day, the team had a meeting to review their overall progress and to participate in a classroom exercise reviewing and breaking down game films from last year. Breaking into smaller groups, field hockey strategies were discussed, which hopefully will make it easier to recognize opportunities during a  game,  improving the team’s performance.

Preparation is the key to success on the field and the Lafayette field hockey team is practicing all that to produce wins this fall. GO PARDS!!!