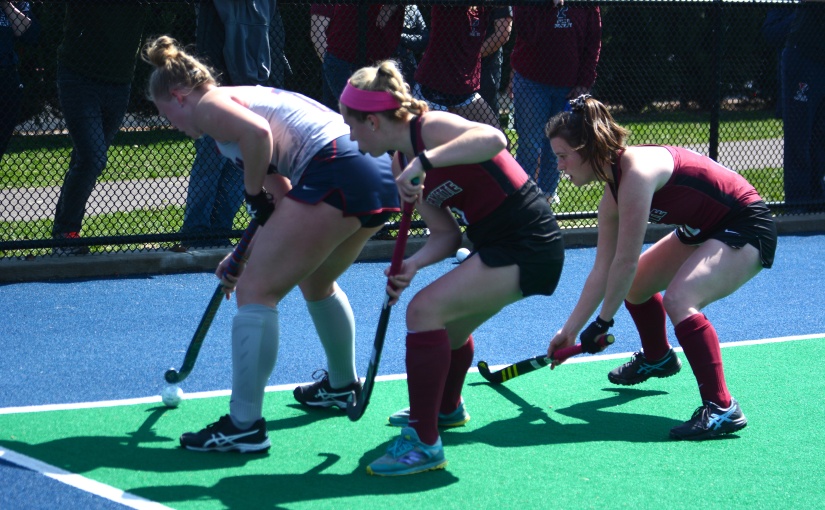 USA Field Hockey announced the athletes who have been selected to compete in the Young Women’s National Championships. This competition is used to select players for the various US National teams. It is a group of 144 elite female field hockey athletes which includes current under 19 team members. During the spring, select athletes tried out and trained at various centers around the country. The 144 athletes will have an opportunity to be selected to the 2020 under 21 team, the US National Development Team, or a trial for the U.S Women’s National Team. The five days of competition will be at Spook Nook from June 14-18.

Two players from Lafayette have been asked to participate. Rising Junior Grace Angelella and rising Sophomore Molly McAndrews have been selected to this elite group.  Both have participated in last year’s event, so both will have an advantage of having been there before.

Both teammates are dangerous once they get in or near the circle. Grace has had two outstanding years, missing only 1 game during that period. She is a very good distributor and has a good nose for the goal. During her freshman year she tied for the lead in team scoring with five goals. In her sophomore season she scored four goals from the midfield position making key goals against Lehigh and Villanova.  She is an intense competitor and will always be found in a position to make an impact.

Molly McAndrews was no less spectacular in her first season in Division one field hockey. She was named to the All-Patriot League first team as well as the rookie of the year in the league. She scored seven goals and was the difference maker on a number of occasions, scoring a pair of goals in the win against American, and had the overtime goal against Lehigh. She was named rookie of the week 3 times and offensive player of the week once. She seemed to get better as the season progressed  showing she has a deadly shot once in the circle.

The Patriot League had a total of 7 selected for the tournament off their current roster. Boston had 3 of the six ( Kiley Gallagher, Elizabeth Ryan and Casey Thompson), Lafayette had 2, Bucknell had 1 ( GK Olivia Harris), and American had 1 (Josie Formica).

This is another indication that Lafayette should field a very good team this fall. GO PARDS.