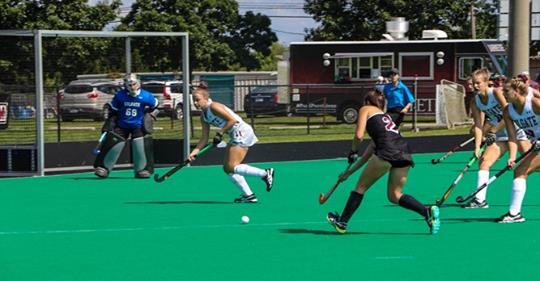 We are in, for all intents and purposes, playoff mode, as each league game has a crucial consequence for post season play. This week the spotlight will be in Hamilton, New York as Lafayette tangles with Colgate, the winner emerging with a leg up to qualify for the “third” championship season….the playoffs.  Colgate will arrive on the home turf with a 2-9 record but more importantly, an 0-3 record in Patriot League play. A loss would give them an all important 4 losses, with a virtual wall blocking them into the post season.  Lafayette has a 3-8 record but a 1-1 Patriot League record with a real shot at the playoffs, with a game remaining against Holy Cross, if won, along with a win on Saturday would virtually lock up at least a fourth seed playoff spot.

The recent Leopard record against Colgate has been a mixed bag, and wins have not always come that easily. Last year the Raiders arrived at Rappolt Field and gave the Leopards all they could handle before emerging with a 3-2 overtime win. In 2015 Colgate was to hold Lafayette to one goal in a 1-0 Leopard win. The previous year in Hamilton the score was reversed as Colgate emerged the victor 0-1. In 2013 the 4-3 overtime win in the playoffs  propelled Lafayette to the Championship. Two weeks ago Colgate held BU to two goals in Boston in a 2-0 loss.

Even thought the stats favor the Leopard squad, I keep getting flashbacks of the 2014 game as Colgate scored on one of their few corners gently lifting the ball over the Lafayette goalie’s head late in the game. I don’t know how many shots the Leopards had but they were numerous.

Colgate will pull all the stops and I expect intensity born of desperation by the Raiders. I do not like us in a close game. The Leopards need to continue to find the back of the net in this one. They will travel Friday and practice at the Colgate field to be ready for a noon Saturday start. Go Pards!