Playing in the U-23 division in the Canadian National Tournament for British Columbia, rising sophomore Audrey Sawers made an impact scoring once from the field in the second game against Alberta, and twice in the semi-final against Ontario -White on two penalty corners. She put her team in position to win by scoring in an overtime shoot out. Unfortunately, her’s was the only goal her team scored in the shootout, missing out on playing in the gold medal game. She became the sixth leading scorer for the three day tournament in Toronto. What was more remarkable, she was one the youngest players on the field at 18. Her team went on to earn the bronze medal in a later 6-0 win against Alberta.

Audrey will begin her sophomore year this fall at Lafayette as an economics major. She is an accomplished athlete having earned the title of Female Athlete of the Year two years running at her high school. She not only starred on her field hockey team but also played five years on her basketball and soccer team. Using her height she was also on her volleyball team for two years and ran track and field while  also an honor roll student.

This spring she had outstanding games against Virginia, Penn, Lehigh and Bucknell. During her freshman year she played in all 18 games and started in five, scoring an assist against Colgate and a goal against Temple.

No doubt she will be a key player near the goal at either midfield or forward for the 2018 season. The Leopards had 7 players this summer selected for national competitions. They will return to the home turf on August 7th with their first scrimmage against Monmouth on August 14th in preparation for the the first game at home against Fairfield on the 24th at 6:30 pm.

Found out today that Audrey was named to the all-11 all star squad for the Under 23 tournament. Here she is accepting congratulations. Well done Audrey can’t wait to have you back in Maroon and White in two weeks!! 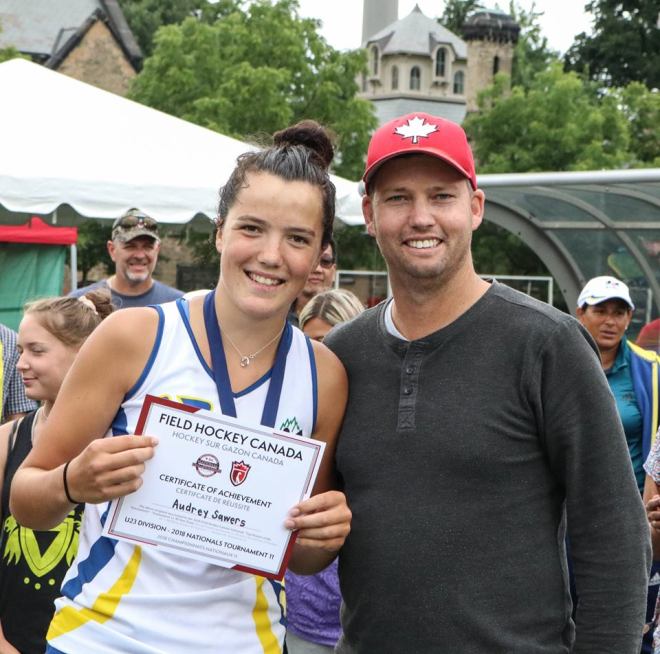