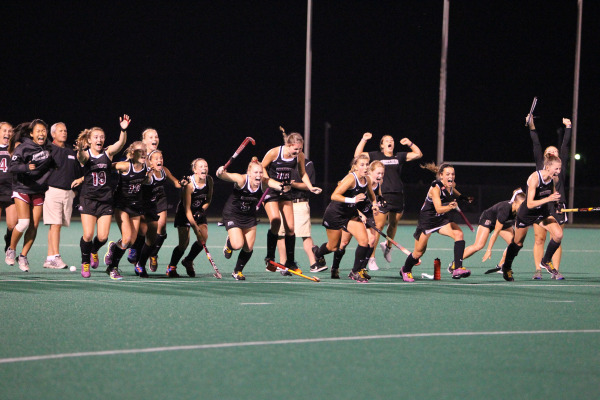 In a little more than a month, the 2017 edition of Lafayette Field Hockey will arrive on College Hill to begin preparation for the fall season. No doubt team members, seniors right down to first year players have already begun their off season regime. Within nine days  of reporting on August 8, the team will welcome Monmouth on the 17th at 6 pm on Rappolt Field for the first preseason scrimmage. In the intervening 9 days, there will be the task of getting timing down, adjusting to new positions, and no time for tired muscles, cardio deficits, or pre-season injury due to an unprepared body. First year players will have to get used to the faster play and the longer games that characterize college field hockey. Those who are not ready will be behind, and hurting their team’s chances to be successful.

For returning players, it will be a continuation of the spring season, and there will be no room to take time off for conditioning while learning new offensive schemes. The team will have to make adjustments, as last years senior class  has moved on. Who will be the new leaders? College hockey always sees a rising rotation of new players, who will need to step up and form the core the new team.

In coming days,  I am going to preview each league team, documenting the changes coming to league and its participants. My initial observation is that the league is becoming more competitive. There is a new coach at Colgate who will be bringing in not only a new system, and attitude, but 13 new players. Lehigh’s second year coach looks to continue its improvement while Holy Cross has reached across the Atlantic to improve  their roster. American returns a veteran team, and Boston University has brought in experienced first year players from across the Pacific to bolster their roster. Bucknell is always tough as they look to return to the playoffs. Meanwhile Lafayette is not standing still as they have added six new players and maybe a seventh in their search for a return to the playoffs and their first championship since 2012. But more about that later this month. 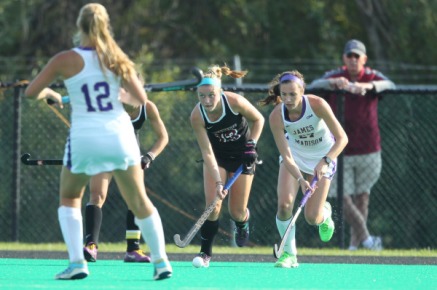 Cameron looks for teammates against JMU

At the top of the page are the statistics for all the league teams against each other. This gives a good relative picture of where each stood at the end of the regular season. I will  leave it to you readers to evaluate the relative strengths but there are things that I can point out right away. Lafayette clearly needs to take more shots, get more corners and in general get into a position to score more goals than last year. On the other hand, the Leopards will be inserting a new goalie, but that was what the spring was for. Her back up will be a freshman. No doubt there will be players moving forward to replace others lost last year, but there is a plethora of talent waiting for the opportunity.

But more of that later this month. In the meantime take a look at those stats and begin to think about how the Leopard’s needs can be filled in the coming season. The talent, speed and athleticism is there. I will try to narrow down the strengths, weaknesses and  evaluate the incoming freshman for each team in the coming weeks.