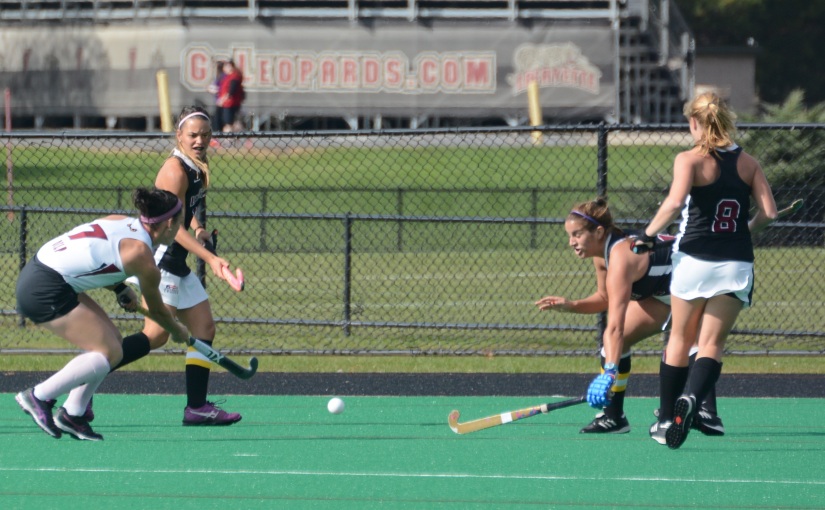 I know I have written this before, but I love team sports. It’s one thing to run in circle to see how long it takes to get back where you started. or accepting the winning trophy because you hit the little ball into the hole in a smaller amount of strokes, but organizing a group to act and perform as one is an achievement. Strong societies are built on collective achievements, something that seems to have escaped many today. Yes, we look for heroes to carry the day, but  truly great things are done by teams today. Team playing in governing, scientific accomplishment by building on research of others, and winning wars working together are examples of team effort today.

Women’s sports are no exception. It has only been in the last 20 years or so that women’s sports actually have begun going beyond the idea of a recreational club. Field Hockey in the United States first arrived at the turn of the 20th century, and it really took the invention of astro-turf to have it start to look like a sport rather an up tempo game of croquet. The women look like athletes instead of like the “Belles of St. Trinians.” ( That movie still cracks me up especially the field hockey game.)

When I first proposed an astro-turf field at Lafayette 15 years ago, the response I got was, “yeah great but really, stands for actual fans??” Today the team even in down years averages more than 200 fans a game and if we have an important game 500 to 1000 might show up. There are many in the academe who mourn that women’s athletics is getting more like the male sports but they miss the point

Saturday we dedicated a tree in memory of a recent alumna whose little two year old died of leukemia. All her teammates were there to support her. One friend even gave her daughter a middle name after the little girl! This is what team is all about. You care for each other, you trust one another, you believe in common goals, and that never goes away.

Next Sunday we will celebrate Senior Day as they will play their last regular season game together. Hopefully after playing Colgate the day before they will come together and perhaps again qualify for the League Tournament. It will happen because they were a team and were not running circles to see how fast they can end up at the same spot they started from.(No offense to our track athletes). If we win its because we care for one another ( enough to put in the extra effort to help each other out), that will engender trust to know your teammate will be there when you see a space, and you believe and want that common goal, not for yourself but for your team. Go Leopards!