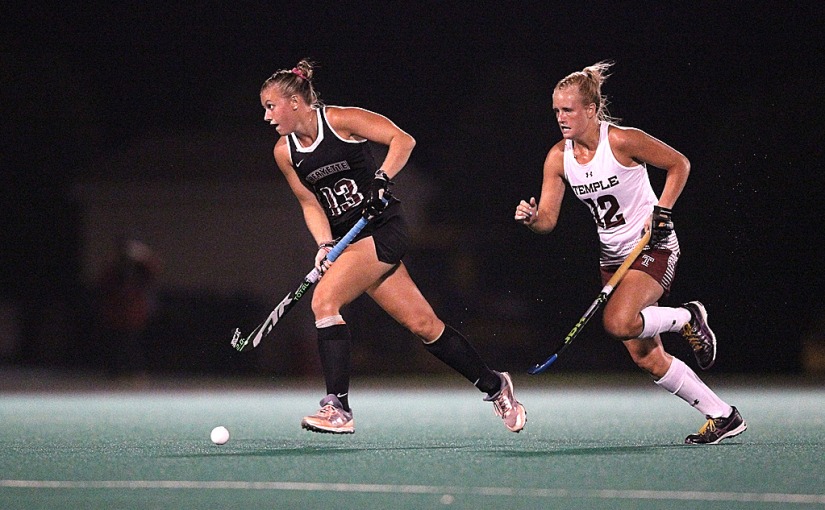 In an announcement, from New York the Big East communicated schedule changes in league play for m/w soccer, volleyball, and field hockey. In an effort to reduce or eliminate air travel, field hockey will move to a North and South Division.Big East Field Hockey Teams will face each other two times in a double round-robin format. The north division will be Connecticut, Providence, Quinnipiac, Temple. The south division will be Georgetown, Liberty, Old Dominion and Villanova.

Big East schedules will be created using the NCAA Championship date formulas to ensure completion of the conference schedules in time for the national postseason selection dates. Big East championship dates, sites and formats will be announced later.

In previous years, Lafayette has played Temple, Villanova, Liberty, Providence, Quinnipiac and Georgetown several year ago. Interestingly, Villanova’s field is north of Temple despite their designation as a south team. I assume the schedule is home and home. I have no idea how this will effect Lafayette’s OTC schedule, but since all the Big East teams must play in the Philadelphia area perhaps there are opportunities for a short bus ride to play a Big East opponent???

I await some indication of what Lafayette and the Patriot League plan to do. In the meantime, in the matter of scheduling, any plan for the League has been figuratively a cricket chirping!!!