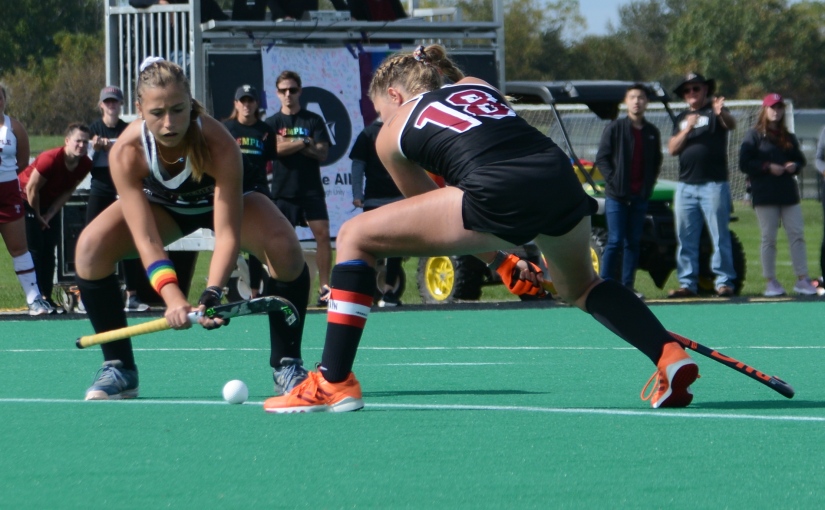 In case you haven’t noticed, I do have a fascination for numbers. Perhaps its derived from  a career in finance, first as a foreign exchange trader on Wall Street, looking for arbitrages and later as a Treasurer of a good size bank evaluating enterprise risk. However, I have over the years also had good respect for exogenous factors that may drive unexpected outcomes. The expected result doesn’t always happen. The Nationals win the World Series, or the Eagles win the Super Bowl. The NCAA basketball tournament has its share of upsets. The “one and done” format especially, is prone to surprises.

There are several elements to winning which I described in an earlier article. Part of winning is convincing your opponent, they can’t, which to my mind is taking away the things they do well or isolating and neutralizing a key player. So perhaps we should look at the things our potential opponents do well, and focus how each team might approach their opponent.

Teams will approach each opponent differently at different stages of the season considering variables such as injuries, weather and  venue. It will be cold on Friday. Each team has key injuries, whether they want to admit it or not, We are playing the tournament at American. It is a one year old turf which is much improved from the previous surface they owned. Their crowd size during the year was hardly overwhelming, and the first games will be played during class time.  Lafayette just played there last week, so counting practice time Lafayette would have spent four days out of the last eight on that surface by the time of the Bucknell game.

Starting with statistics ( I can’t help myself), I will use in conference stats only. They are recent and against common opponents. Scoring margin reveals American and Lafayette at first and second. American’s average is 2.50 plus and Lafayette is 2.25. Bucknell and Holy Cross are third and fifth at plus 1.67 and minus 1.17 respectively. American averages 3.33 goals per game, Bucknell 3.17 , Lafayette 2.89, and Holy Cross 2.17.

Now the intangibles, and individual player stats. American has momentum having gone undefeated in the League and they are playing at home, but they have played , one goal games against Lafayette and Holy Cross. The Bucknell win was by two goals (3-1).

Noor Coenan leads the League in shots while Bucknell and Lafayette have a more diversified attack with McAndrews and Van der Geest contributing for Lafayette and Leah Fogelsanger and Britany Willwerth providing the scoring strength for Bucknell. American has Coenen at first in the League in points and Hannah Moser at 10th. Molly McAndrews is second in the league in points and Van der Geest is seventh, Bucknell has four in the top ten Fogelsanger at 5 and Kaelyn Long at 8 and Allie Christopher, and Megan Keeney tied for 10th.

Goalkeeper is the last line of defense and Lafayette’s Sarah Park leads the league in shutouts, goals against per game, and save percentage (.78).The save percentage for Holy Cross’ LaPlante is .735, Bucknell’s Olivia Haris is .70 and Fiona Minter from American is .688. Minter did not play in last week’s senior day game at American.

Each team has their solid leaders in Van der Geest, Coenen, Willwerth and LaPlante. All four teams have been here before. These teams will bring intensity, irrespective of their records. In the first games. Holy Cross must find their way to the goal cage and test the American goalkeeper. An early lead on a defense minded team may be the key to this game.  In the second game on Friday against two very similar teams Lafayette clearly must find their way to the circle to get corners and shots. They must continue their dominant defense while Bucknell will try to high press and get turnovers and keep Lafayette away from the attacking third. This game could be decided by midfielders and the transition game.

Bring your warmest clothes and be thankful we are playing in the afternoon!!  Go Pards!!!