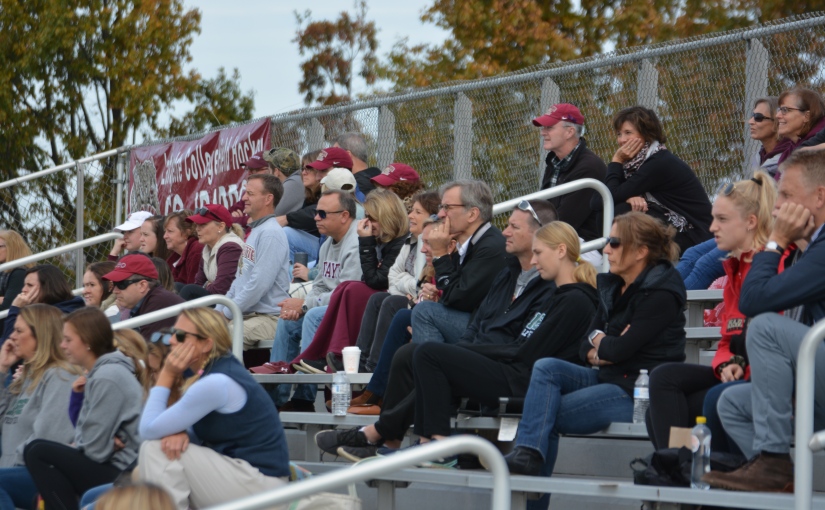 American loves to base their offense from their ability to stop the transition game of their opponents and thats what happened today. Lafayette had no corners to American’s four and they were able to intercept and attack Lafayette keeping them out of their attacking third of the field. Lafayette did get off 3 shots ( all on goal) to American’s 4. But otherwise American got off a total of 11 shots to Lafayette’s 4. Sarah Park was kept busy coming out of the cage several times to disrupt the attacking American offense.

The Eagles were quick off the ball and able to disrupt long passes by Lafayette and the lack of corners was critical to keeping the Leopards off the board. You have to say the defense on both sides was good as Lafayette kept American’s top scorer and the patriot league’s leading scorer Noor Coenen from scoring. But she was effective in moving the ball upfield.

The patriot league tournament begins next week in DC and although it looks to me like the field will be Lafayette vs Bucknell  in the first game and American vs BU in the second game. Bucknell beat Holy Cross today 2-1 and Lehigh beat BU. 2-1 in overtime. Since Holy Cross lost 5-4 last week to BU Holy Cross is out based on the tiebreaker.

Lafayette should not take Bucknell for granted, neither should American discount a Boston upset.  Practices for all four teams should be interesting this week.

Boston Out Of Tournament

So it appears that Holy Cross will own the last seed due to tiebreakers according to the Boston University web site. American will play Holy Cross in the first round of the PL tournament!!  The first game will be at 11:30, American vs Holy Cross the second game on Friday is at 2:30 Lafayette vs Bucknell at American