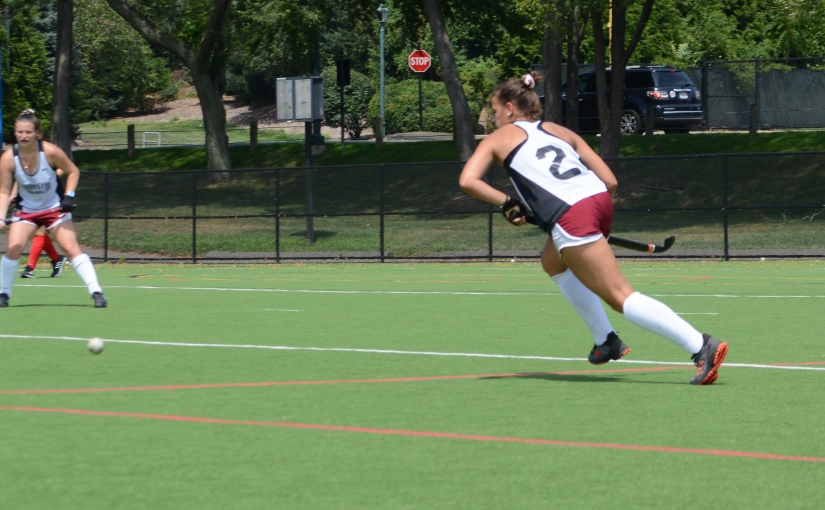 Cornell had not played a game in eight days, and has yet to play a league game. The Leopards played their first league game on Saturday, and it looked like Cornell took full advantage of the prep time to take advantage of miscues by the visiting Leopards. Lafayette took the unusual Monday bus ride to Ithaca for the second time in as many years, but if they are to be successful they may have to play as many games in same number of days in the playoffs.

Despite the wind and rain Lafayette took 17 shots versus 5 for Cornell, had 6 corners vs 1 for Cornell, and had a.penalty stroke that was not successful. The score of course is the only stat that counts making those 4 goals on 5 shots all the more interesting.

The game was played in the rain with about 50 fans on the stands. It was the smallest crowd of the year to watch a Leopard game, home or away. In any case, the Leopards left the field 3-5 while Cornell faces their first League game at 3-1.

The first quarter was to foretell the outcome of the game, as Cornell was to take advantage two errant passes to steal the ball and find an opening and score at 6:50 and 12:55 in that quarter. That 2-0 score was to remain at the half. After the halftime break, it looked like the Leopards were to mount a comeback when Sam DiMaio had a nice shot that scored the Leopard’s first goal two minutes into the 3rd quarter. That 2-1 score would remain for all of one minute when Cornell again would score making it 3-1.

With less than eight seconds left in the 3rd period Molly McAndrews was taken out by the GK and the GK was called for not going for the ball, and the Leopards were awarded a penalty stroke. Lisa Van der Geest attempted the shot, but was to be denied by the Cornell  GK leaving the score 3-1.

Cornell was to finish the scoring 2 minutes into the 4th quarter. making it 4-1.

The Leopards will now begin preparation for their league game this Saturday against Colgate, in another must win game. That will be followed on Sunday with a game from the very accomplished Monmouth team at 2 pm. ( broadcast on LSN). The Colgate game will mark the 1/2 point in the regular season for the Leopards and will be homecoming for the College.