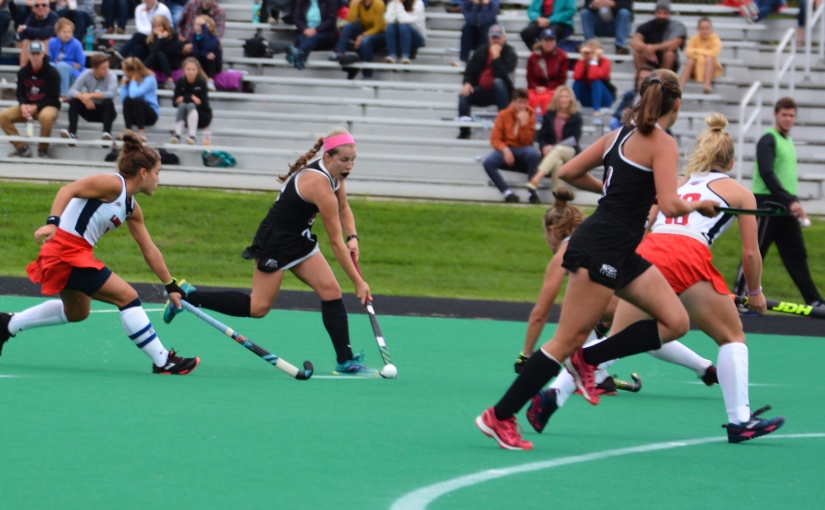 Rising Junior Grace Angelella and rising sophomore Molly McAndrews are set to travel to  the “Nook” for a chance to be selected to the US  U21 team, US Women’s National Development Squad or the US Women’s National Team Trial. Phil Edwards, Senior Manager of Junior High Performance is quoted:

Looking at the caliber of players selected, the level of coaches who will be there to support them and the balance of the teams it promises to be an excellent tournament!!

The 144 selected elite athletes from across the United States will begin play on June 14 and play everyday until the final games Tuesday June 18. They will be playing and training at the national training headquarters at Spooky Nook in Lancaster, Pa. The selectees will be split into 8 teams, coached by a variety of college coaches from around the country. The eight teams form two pools. and  based on the their records they will play final games on Monday and Tuesday.

Both Leopards, Grace and Molly will play on the same team, Freedom, coached by Richmond Head Coach Jamie Montgomery  and asst UNC coach Mark Atherton. They will be joined by fellow Patriot League opponent Taylor Blood from Boston University. The rest of the team is populated with stars from colleges and universities  from across the United States including the NCAA tournament final two competitors, UNC and Maryland. They will also have players, from nationally ranked teams such as St.Joes, Virginia, UConn, Rutgers, Ohio University, and Delaware. It is also populated by Ivy Leaguer Columbia and out of conference Lafayette competitor Drexel.

Each team will have a practice under the Dome some time between 11 am and 2pm on Friday and games will begin at 3pm. Freedom, Molly and Grace’s’team will ply outdoors at 3pm against the Patriots that same day. Saturday, they will play at 11 am, on the outdoor turf against Courage, and Sunday, they will be third on the outdoor turf against Honor at 3 pm. Monday and Tuesday game schedule will depend on the outcome during the previous two days.

All games are free for spectators for the entire tournament. I will be there for several of the games and will certainly report on the outcome via this blog. It is less than two months before preseason begins and this is a great time for hockey fans to get a feel for the fall season approaching. Best of Luck to our two Leopards!!