Max Sports is reporting six commitments for Lehigh in 2019 but last week Lehigh added on their twitter page two more. The two they reported would certainly fill some gapping holes in this 3-15 team. Lehigh had 19 players on the roster and lost 3 to graduation, so by picking up a net of 8 , it would bring their roster to 24, a reasonable size for a division one program with 18 regular season games. However, that 24 will only include two seniors.

The Mountain Hawks and Leopards met in the first league game of the season and the game was worthy of the rivalry as  for the second time in as many years, it went to overtime. This time the Leopards prevailed 3-2. Lafayette had 20 shots and Lehigh goalkeeper was forced to make 10 saves. Regardless of the record, head coach Kaitlyn Dallmeyer appreciates the importance of the “Rivalry.” Next year if the Patriot League rotates the schedule as it has in previous years Lehigh will be the last league game and many of the underclassmen will be veterans at that point.

The two recruits announced by Lehigh and presumably signed NLIs are Maddie Kahn a goal keeper and Abbrianna Gatto an attacker. Last year Lehigh suffered several key injuries, one to their starting goalkeeper, who was lost for four games. Their only replacement was a walk on sophomore.

They also only scored 24 goals against 74 scored against then. They took 180 shots but saw 331 shots in response. Dallmeyer seems determined to improve on that record.

Maddie is a goalkeeper from Ocean City High School and played for WC Eagles as many good recruits have. She seems to be an intense athlete and has impressive physical assets, At 5’10″she has reach and her personal statement reflects her determination. She describes herself as “smart, physical, aggressive and vocal on the field.” She also says one v one she is ” not afraid to go to  the ball then use the body to take out someone and protect the net.” Coach Dallmeyer a former all 2007 American GK at Duke should appreciate that.

She was an all league and all American watch list player and a Junior Olympian. In 2018 she made 131 save including 29 saves in her final game in the state tournament.

She is a forward with amazing statistics. She comes from Upper Perkiomen  and played for X-Calibur. If you count the goal she scored in a senior all star game she has scored 100 goals in her career. She is a 3 time all state selection  and all conference selection. At 5′ and 115 pounds she is speedy and elusive on the field. She also plays lacrosse which is alway good to see in elite athletes as they can use their athleticism in various sports.

The following were listed by Max Field Hockey as Lehigh commitments

Paige is an all state midfielder from Pierson High School on Long. Island. She plays club field hockey for East End. The future engineering major is one of two division one recruits on her small high school team.

MJ was the top defender for Bishop Eustace in Haddenfield while also playing for South Jersey Edge. I could not find any additional stats except to say she is 5’4″ and also ran track. She will be a defender for the Mountain Hawks

Anna comes from the Selinsgrove Area HS in Pa, and played for the PA Power field hockey club. She an All state AA selection as well as all conference. She listed as M/F. Her local paper reports she has scored 41 goals and 28 assists in her career. Anna featured her search on the Patriot League schools before settling on Lehigh. 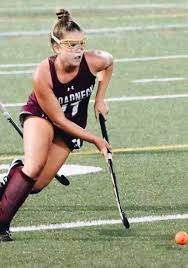 Sophia played her field hockey at Broadneck High School in Maryland and SPARK field hockey club. She was an All Met  defender, all league and multiple all state selection. 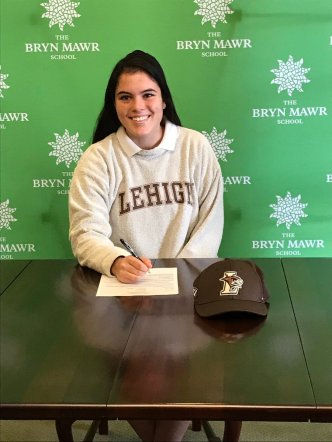 Also hails from Maryland and the Bryn Mawr School where she was an all conference selectee. She played her club hockey at TNT. She will probably be penciled in as a defender 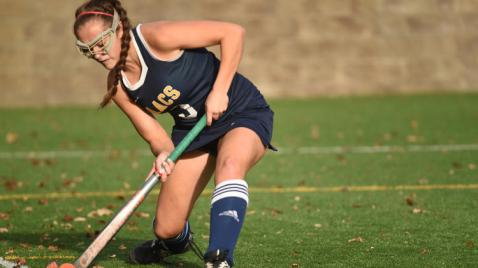 Sydney completes the contingent from Maryland coming from the Annapolis Area Christian School as a defender. She played her club hockey at Spark. I will try to add her stats as they become known.

In coming days I will have a summation and impressions of these Patriot League recruits with a general comment on the status of the League. I will also first post some impressive  video of. Lafayette recruit Tara Hamilton who did not appear on the Max Hockey list.

If anyone has comments I will gladly see they are posted appropriately.