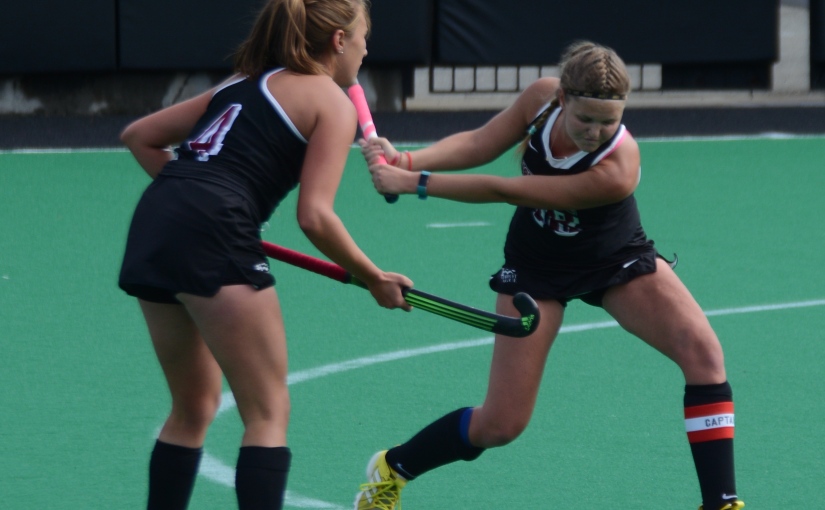 Lafayette did a lot of things right at Providence this afternoon, except find the back of the cage. They led in shots, shots on goal, and penalty corners. On several occasions they found themselves point blank at the Friars goalkeeper but could not get a handle on the ball or the Providence fine senior goalkeeper found ways to block or deflect shots away. That, in effect was the whole frustrating afternoon as these teams battled in what might  have been a defensive game, for a majority of the minutes.

Providence scored in both periods finally ending the game with a 2-0 win on their senior day. The Leopards again used their high press which served them well in their previous game against Holy Cross, and it did deliver several opportunities which were turned away. Providence’s counter attack worked well as both goals, one at 15:18 and the other at 64:57  proved to be enough to defeat the Leopards despite the Leopards having 6 shots on goal to Providence’s 4.

The weekend was still successful as the Leopards are now 6-9 but own a 3-1 League record with a very favorable position to make the playoffs. The terrible Connecticut route 95 traffic gave me lots of time to turn over several permutations regarding the playoff picture. Boston University is 4-0 with two games left and looks solid to host, but there are absurd scenarios where they might lose that position. After that its closely bunched, with American and Lafayette tied for second at 3-1, Bucknell and Holy Cross are  tied in fourth with identical 2-2 records, and Lehigh and Colgate are virtually out of it.

After figuring that all out, the seedings become another matter. So to summarize, a win e against American or Bucknell puts a lock on the postseason, as does a loss by Holy Cross next week against Bucknell or Boston University a week later.