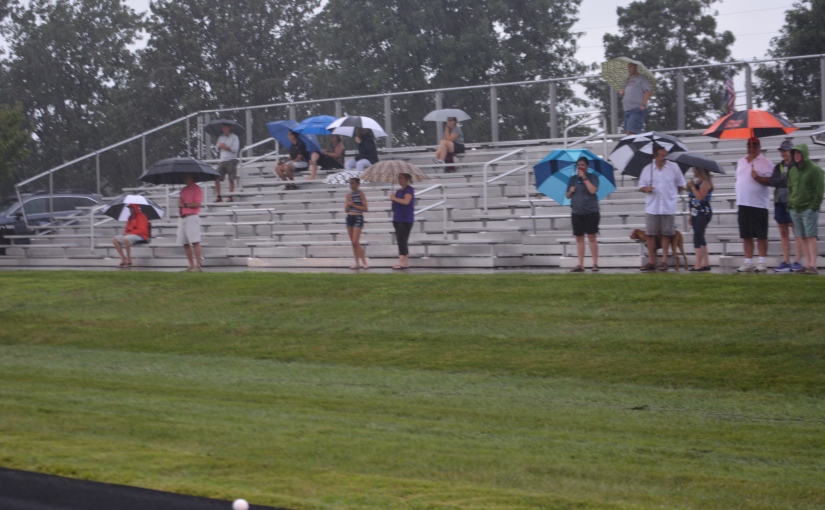 Lafayette and Drexel didn’t let a little a summer shower delay their last preseason opportunity to polish up their game. It was offense all around as the game ended in a 3-3 tie after 70 minutes of regulation play and  a 10 minute overtime 7 v 7 encore. The Leopards opened up the scoring with a scrum in front of the cage halfway through the period. It was co-captain Theresa Delahanty who was able to muscle her stick on the ball and into the cage for. the 1-0 lead. Several minutes later it was Delahanty again who was to tip in the ball that would give the Leopards what would look like an insurmountable 2-0 advantage with about 5 minutes left.

It was then that Drexel was to take advance of a miscue on an outlet pass as Drexel intercepted a pass and quickly raced to the goal to give the Dragons their first goal. Two minutes later they tied it up in a 2-2 knot.

Sam DiMaio was later to give Lafayette the lead again on a nifty shot to the back of the cage. The Denise Zelenak squad  was again to take advantage of a miscues and with a quick rush to goal  evened the score at 3 and froze the scoring until the end of the game. The Leopards were to have several opportunities before the clock ran down including one shot which hit the pipe. Overtime was a stalemate but again Lafayette dominated play including having the advantage in  the number of corners but could not convert.

The pace of the game and the speed of the ball was Division one all the way, and the team has clearly made progress. They will indeed be practicing those outlet passes and the need to keep the intensity to the final buzzer. ( Hey, the coaching staff needed something to do this week). The opening game will be with Fairfield on Friday at 6:30 at home.

My choices for Difference Makers of the day were Theresa Delahanty who scored two goals but only played one half. Also Sam DiMaio who not only scored a goal but made her presence felt the entire game.

The leopards dominated the practice shoot out.

Starter Audrey Sawers was not present, as she was invited to tryout for the Canadian National under 23 team. Good Luck Audrey and we will be glad to see you back in the Maroon and White next week.