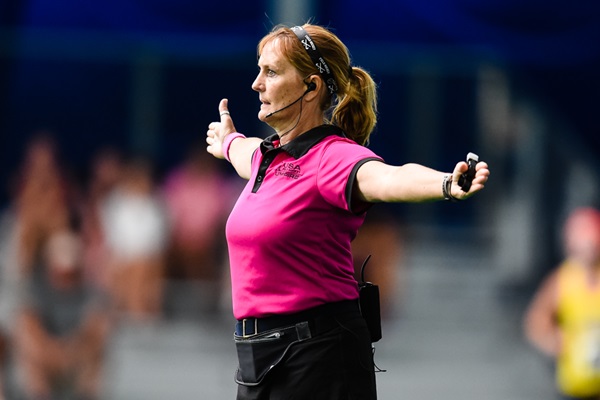 Having already been culled from a high performing group, three Lafayette incoming freshman are training and playing at the home of USA field hockey at Spooky Nook. Alix Talkow, Hailey Abbott and Molly McAndrew took to the turf for their first exposure to Division one field hockey. Virtually every player in the Under 19 division are already playing, or have signed an NLI to play this fall at the college of their choice. The competition was intense, as this is part of the selection process for the various USA teams.

Lafayette field hockey fans will have reason to be pleased. I saw good speed from the two field players ( Talkow and McAndrews) and good athletic ability in goalkeeper Hailey Abbott. McAndrews showed a big hit that will no doubt be useful to head coach Jen Stone. Talkow showed a strong sense of the game, using her speed to break open on several fast breaks.

All three players were playing on teams made of primarily New Jersey athletes while the competion is as close as Pennsylvania and as far away as California. The stands were filled with parents and college coaches, who have been here all week looking over the talent, hoping to spy that next all conference and all American player.

The weather has been ideal, providing a wonderful stage for these athletes to be evaluated. For this fan, who is waiting for the real games to start, it was a shot in the arm and a peek into the future.

Tomorrow, the crossover games for the U-19 players will wrap up the week’s future’s tournament, just as the Young Women’s National Championships will begin. Three Lafayette athletes were selected to play in that tournament.

Meanwhile, having just returned from South Africa the rest of the team will be sharpening their fitness and skills for a return for campus preseason practices in early August.