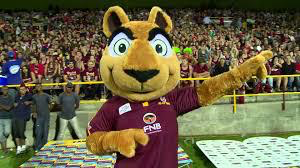 Ok your first question I am sure is “what is a Pokkel.” Here’s what my research has discovered. Pokkel in Afrikaner ( a significant part of area where Stellenbosch University resides speaks Afrikaner) means chubby, and best I can discern it’s a bulldog. Stellenbosch   University, tonight’s opponent, is about one and one half hours from Capetown. It’s celebrating its centennial this year and has a student population of 31,639. Sixty three percent of its students are undergraduates with the opportunity to study in a variety of fields which to me look like its dominated by STEM majors. In that respect, as many of our field hockey players are STEM or Economics majors, there is a commonality.

By the way, their school color is Maroon which is another area of similarity. As part of its offering it sponsors 30 sports and has large athletic facilities adjacent to the school, including two astro-turf fields. It is a diverse institution 60 % white, 20 % Afrikan black, and the rest various other races and cultures. Classes are taught in Afrikan, English and other local dialects. The school has just instituted a language policy to insure that all native speaking students have access to an education.

The sports programs are tiered to accommodate those who are casual week end athletes, and those who are more interested in intense high level competition. This will be a challenging game for our Leopards.

The team spent the earlier part of the day learning to surf. I have no information on the temperature of the water but they are all wearing shirts so I can assume its not like swimming in the 90 degree Persian Gulf.

As of early this morning the mystery of the lost hockey sticks was still active, as I have learned that their uniforms were also lost as well. However, they were hoping to have everything recovered by the this evening’s game which makes sense, since the flight they arrived on yesterday was a daily flight. Anyway, here’s hoping the Leopards arrive sartorially resplendent in their maroon uniforms armed with their more familiar hockey sticks.

addendum: 2-1 win in the books!!  No details yet. Thank you Maties for the contest and best of luck to you in the future!!