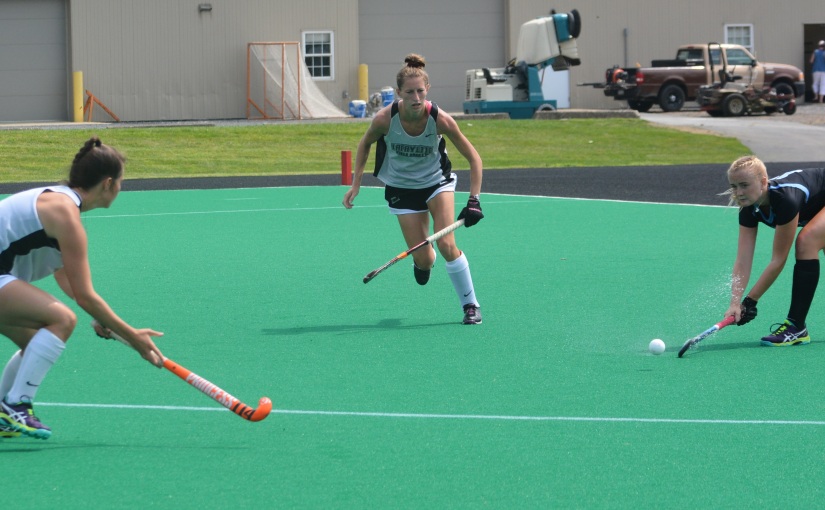 Lafayette came out strong against Columbia right from the beginning, and dominated action at the beginning of the first half of a game/scrimmage. They dominated in corners 6-2 and Lisa Van der Geest delivered with two strikes at the goal. The shots were so hard I think they would be still on their way to downtown Easton if there wasn’t a net to stop them. Columbia had a hard time breaking Lafayette’s press which gave the Leopards numerous offensive opportunities and circle penetrations.

The two teams played two 15 minute quarters in the first half and it was a spirited contest throughout. Both teams substituted liberally and continued to experiment with combinations during a 35 minute second half. Columbia bore down and was able to begin to score, using their speedy forwards. Lafayette continued to get offensive opportunities and got several corners. After the Columbia scores the Leopards had a lull,  but came back with a score by Sam DiMaio as she delivered a goal off of a rebound late in the period. 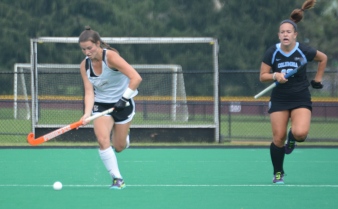 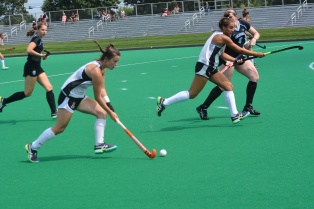 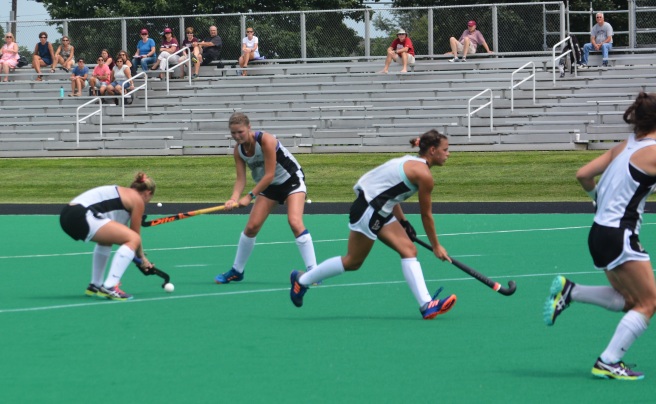 There were good individual performances from  Van der Geest, Colbourne, Angelella,  Liza Welch and DiMaio providing spark. Kristen Taylor was tough at the midfield position along with Theressa Delahanty. Ana Steps demonstrated fine stick skills as well, during the match.

Most importantly a tone has been set. The Leopards have not yet played their best hockey and there appears to be a offense emerging that is beginning to connect. 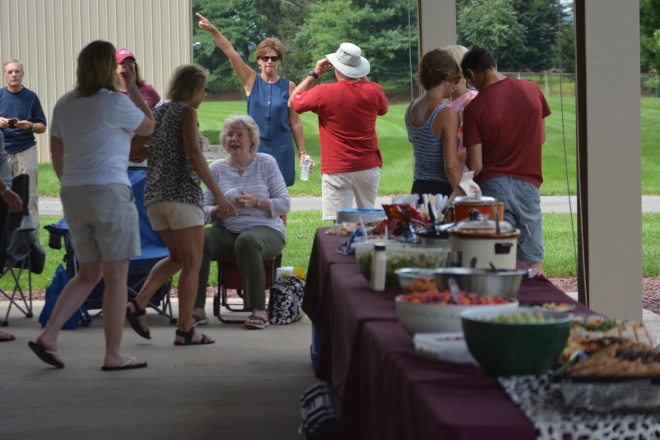 Aside from the game there was the eclipse to watch and the last shoot out practice occurred just has the sun and moon began their dance. In addition, the tailgate crew was in midseason form as the Leopards can now begin to think about their first regular season game against Hofstra this friday at 7 pm.