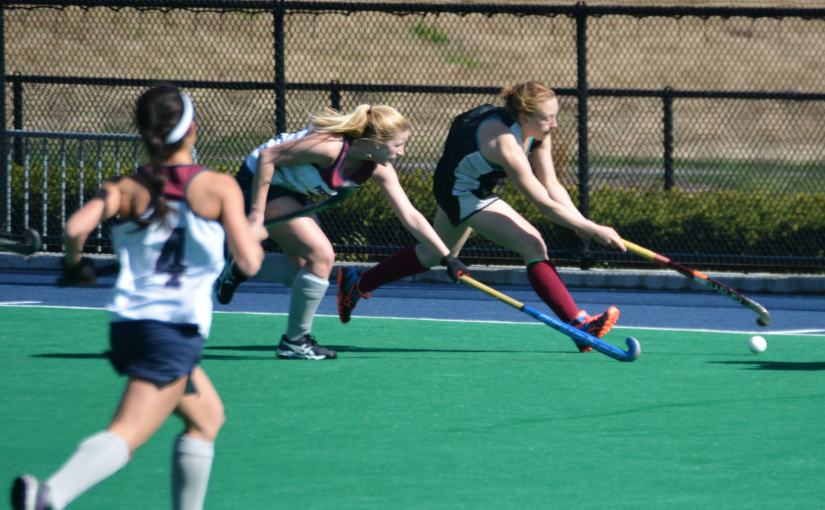 It was again an afternoon where everyone got on the turf and as a result the goal scoring was spread around. The morning started off with a very game Penn squad, who got on the Board early with two quick goals. The Leopards rebounded and held the Quakers in check as Rosa Jonckheer beat the Penn goalie one on one after receiving a long pass from Cameron Costello along the right sideline. Unfortunately the 35  minute game was to end with 2-1 score to advantage of Penn.

The second game was with Lehigh as Lafayette’s defense was to have their strongest effort of the afternoon helped by two goals, one from Rosie Shanks and the other a rebound, from Sam DiMaio.

The third game after a long wait saw the Leopards on the short end of 3-0 score against the Orange from Syracuse University. Syracuse saved their most impressive effort of the day for the Leopards as they struck using deflections and pin point passing.

The last game was a 7 v 7 against Columbia University and Lafayette’s fourth goal was to be the difference from Anna Buzzard on a well executed corner. Lafayette won 1-0 to finish on a high note. Gabrielle Usery was to finish unscored upon in the goal, after the 7 v 7 game.

This contest was the last until a trip to Drexel which will be on April 20 at 7 pm followed by the spring finale on Saturday April 22nd at Columbia for an all day tournament.