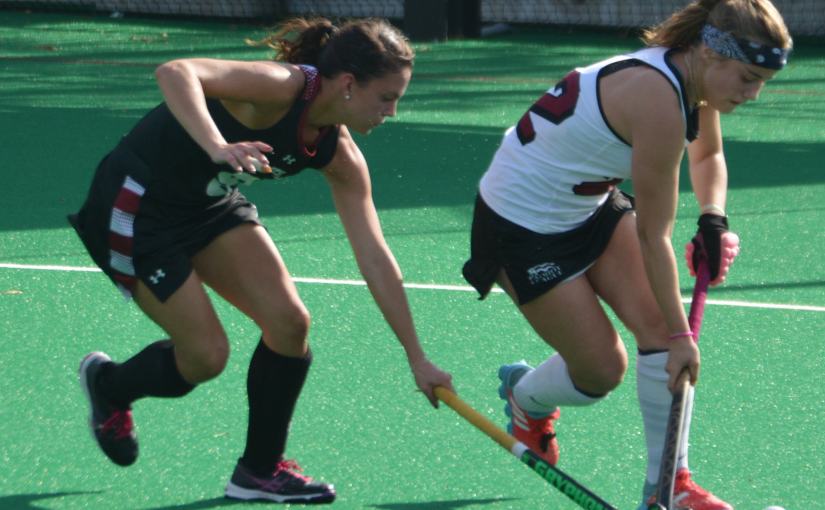 While our current Leopards are hard at work toiling in their academic classes, and working with the strength and conditioning team, our coaches are deep into scouting for future team members. In recent years, the advent of showcasing tournaments during the winter have become a convenience for coaches to view young talent. For many programs, the recruiting class entering in 2017 is nearly complete however, now the recruiting effort  goes years into the future. I have heard of unsigned commitments extended even from high school freshmen in rare cases. Commitments for the incoming classes for 2018 and 19 is becoming more and more common. Lafayette is part of that process.

The february showcase, occurring in the warm climate of florida is sponsored by USA field hockey and features teams from clubs all around the country. Participating colleges fly down for the tournaments where they can get an early look at these young athletes. There is a representative from almost every Patriot League school at the February tournaments as well as the ACC, Big Ten, A-10, and as well as some division 2 and division 3 leagues.

Recruiting for foreign athletes occurs this spring, as most of those athletes are just now showing interest for the fall. So it becomes a balancing act for coaches as they may have partially filled spots for the coming fall in anticipation of seeing a recruit from overseas that might fill a need. As each potential athlete vies for a coveted spot on a fall team, there is a myriad of paperwork to be completed before she can play. This  includes the student visa applications after qualifying with TOFEL tests, and SAT type exams.

Many fans do not realize that the finished product in August is the result of 2-3 years effort in recruiting to insure the best of the best are wearing the Maroon and White this fall.

Although the school has not announced the fall schedule I can tease you by saying it will include a number of top 20 teams, including, I am led to believe, the reigning national champion. The schedule reflects Coach Stone’s faith in the skill of the team and the potential of the emerging freshmen class.

No doubt success comes with hard work as everyone else in the schedule is improving at the same time. It is less two month before the first spring games and I am looking forward to seeing how things are shaping up.