The first snows in the northeast fell last night and it nudged my annual malaise into gear. The year is finally over and I guess I have to start thinking about next year. The athletes old and new have had their last practices. The seniors are thinking about jobs after graduation or continuing education in graduate school. Everyone else will be thinking about the return to campus and beginning of training for the next season. At Lafayette, the semester break is a month long but hopefully will be filled with playing and training. Some will be playing with club teams while others will be trying to stay fit and work off those Christmas and New Years pounds. 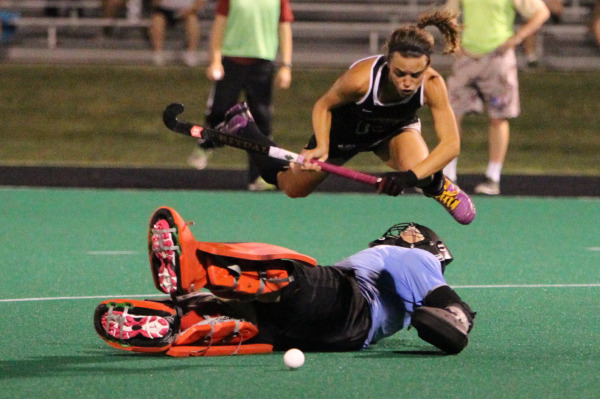 As for the signed the recruits, they will soon be making an official visit and will be meeting their new teammates as a group for the first time. The coaches are still recruiting and preparing for  spring training and  contests. But what of us poor fans?? Yes, I have been looking at past recordings of games ( my favorite is the Boston University win), half pretending I haven’t watched  them numerous times before. The snow outside reminds me to look at them with the purpose of imagining what next year’s team will look like.

There is a plethora a talent returning but I will miss this senior class. Looking at the Boston game I have marveled at Kate Arnold’s performance in the cage especially during the shootout, Amanda Magadan’s leap over the goalie and subsequent goal in the same shootout, Amy Turner’s gritty performance during regulation and overtime, and the joy as Aliza Furneaux pulled back and beat the Boston goalie at a difficult angle for the winning goal. All great memories.

But I believe there are more memories to come. Our rising seniors have an abundance of talent and I expect our new juniors and sophomores will give me thrills, to match this year’s. There will be a new goalie in the cage next year, but she will be protected by a very solid defense. The midfield will have to add attacking midfielders to replace our seniors, but I am confident the talent is there. I look ahead to a forward line, healthy and productive. The most fun will be to see who unexpectedly rises to the top and provides us with plays that lead us to success on the field.

The league is improving. Holy Cross announced their new class and discovered a Dutch connection for their incoming class to help their improving program. They will be anchored by their excellent goalkeeper who was discovered early last season on the ice hockey team. Lafayette has become their PL team to beat in the last two years. Next year they play us at home, I look forward to that game. Bucknell returns to Rappolt Field and those games are always tough, as we will need to beat Boston and American at their place. There is always Lehigh who is improved under their new coach and Colgate whose new coach will arrive on the Leopard turf for the first time.

Coach Stone has promised we will see some new teams on the schedule as the non conference opponents remain top secret for the moment. Last years non conference foes included the national champion and many NCAA tournament participants. I am confident the new schedule will be just as exciting.

Aside from the final spring signing day for our newest Leopards, the current team will have a full spring schedule. Saturday March 25th will be the alumni game which is looked forward to by every fan. That will be followed by a spring contest at Saint Joe’s on April 2nd, another with UPENN on April the 8th and the annual visit to Columbia on April the 23rd.

In the meantime it’s back to watching overly tall athletes in shorts try to get a large ball through a hoop suspended 11′ from the floor. April can’t be that far away can it??