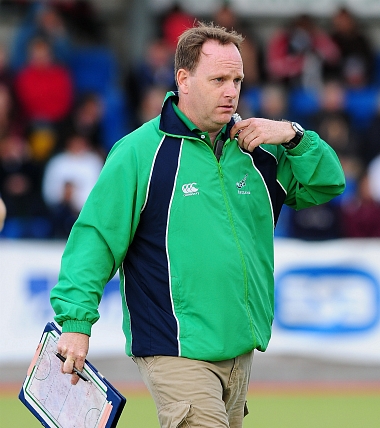 David Passmore was named the new head coach of the Women’s National Team. Tracey Fuchs, who will remain in her role as Northwestern’s Head Coach will be an asst. coach outside of the NCAA season. In addition, Craig Parnham will have the role of performance director with the men’s and women’s coaches reporting to him as well as continuing with coach education. There will be most likely an assistant to Parnham to aid him in that education role.

Passmore brings a deep understanding of international hockey while serving in many roles within the Irish system. He has been with the Irish women’s team since 2017. He is an asst professor in Sports Science at Dublin City University where he specializes in coaching science and talent development.

“My aim is to provide a clear vision and playing philosophy which will provide the basis fo quickly elevating the team back to the top table and building towards Paris 2024 qualification”, said Passmore. Hall of Famer Tracy Fuchs brought the Northwestern Wildcats to the National Championship last year. She will continue her role as part of the Olympic pathway program.

Passmore noted the addition of Fuchs and Parnham was a strong factor in accepting the position. He spoke with the team yesterday on the phone and answered questions. He hopes to join the team in person within a “fortnight”.

More information can be found on the USA Field Hockey website!!