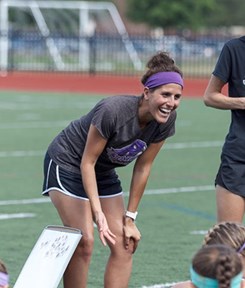 There were two announcements today, that Patriot League fans can relate to. First, is the filling of the Head Coach position at Temple University. Susan Ciufo who comes from Division 2 Stonehill College was anointed the next Head Coach of Temple. Susan is no stranger to Philadelphia field hockey as she played her hockey for Drexel. Lafayette fans will remember her as the go to forward in the Drexel fast break. She was an all American third team selection and CAA first team selection three times. She holds the nations record for the longest scoring streak (22). We remember her as an assistant at Lehigh and the interim Head Coach. She was also an asst. coach for her alma mater, Drexel.

Her four year record at Stonehill was 54-27 and they went to the Division 2 NCAA tournament 3 of her four years. Best of luck to Susan we will be looking to compete with you next year. 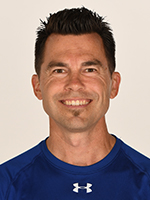 Also announced today was a five year contract extension for 20 year head coach Steve Jennings of American University. His record is an admirable 254-138. My memories include his astounding performance even when American had no field. All their practices were at 6 am at the University of Maryland as was their games. Under Jennings the Eagles have won 10 Patriot League Championships and included 10 NCAA appearances. He was on the coaching staff for two Olympic Games.

Games with American have always been intense. The most memorable for me was the over time Lafayette win on a penalty stroke in 2013 for the Patriot League title. It was a well earned win against a terrific coach and hard working team.