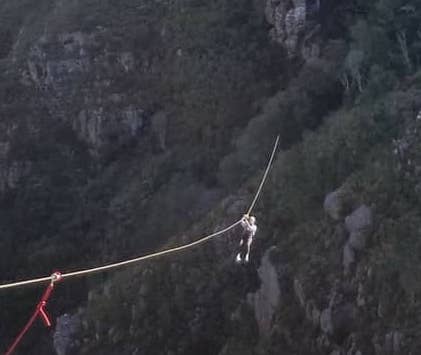 Our featured image shows one member of our team on the zip line. OMG not for the faint of heart.

Our Leopards played their final game of the trip against an Under 18 Western South African all star team. The final score was 3-2, and at this writing I have no other further details, but will post more if I find out. During their stay they achieved an 2-0-1 record and scored 5 goals while giving up 2. Not only did they play three games but received coaching from senior South African club coaches.

Addendum: I have heard that Theresa Delahanty had 2 and Liza Welch had 1. That was Liza’s second of the trip. Liza scored the initial goal in the second quarter but the score at the half was 1-1. Delahanty broke it open with a score in the third quarter on a corner. She added a second in the forth quarter on another corner giving the Leopards a commanding 3-1 margin. The Western Province scored a last goal, but our defenders stoutly defended to lead to the end of the game. Great job by the whole team!! 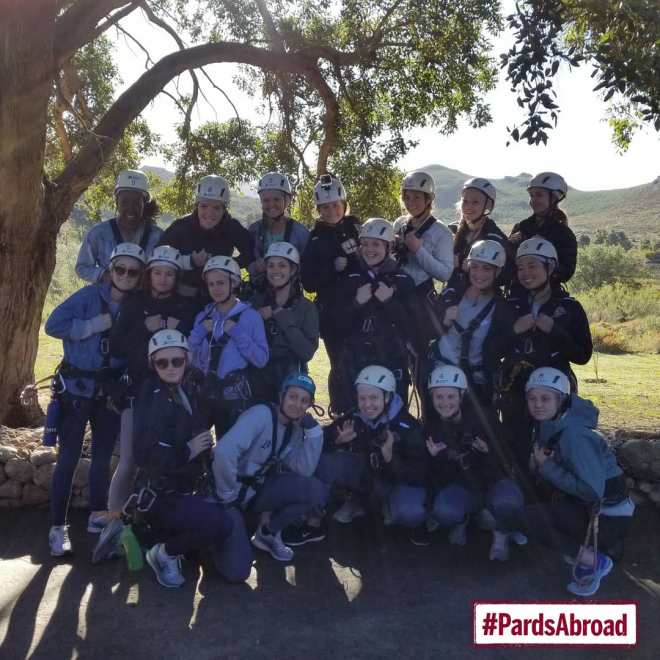 This morning the team went zip lining and to look at the pictures it was not an activity for little girls (or 72 year old men for that matter). After getting their heart rate up in that activity they headed for their evening match which on the surface looked to be an intense well contested match.

Tomorrow, it’ll be time to visit the animal parks to finally see some African fauna. It should be the cultural highlight of the trip. The next day it will be back on the plane for the journey back. The whole trip seems to be a tremendous success.