Coach Jennifer Stone added a transfer to her roster from the University of Delaware, GK Becca Harbert. Becca is a rising Junior who was a two time letter winner at the University of Delaware. The National Academic Squad member, is a biology major and will join two other goalkeepers already on the squad. Becca played high school field hockey at Cumberland Valley, and was a mid-Penn all star.

The long time coach for the Connecticut Huskies announced her retirement yesterday after 30 years, She is the winningest coach in NCAA field hockey history. She has been a collegiate coach for 43 years but will remain as a volunteer coach this year. She led the Huskies to National Championships (2013, 2014, and2017). She finishes her career with an all time record 700-189-24.

Paul Caddy, recognized as one of the top assistants in country will be elevated to the head coaching position. He has been with UConn for the last 20 years. 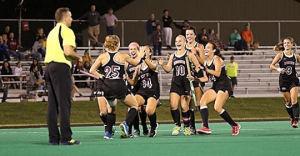 The D1 Board of Directors approved the blanket eligibility waiver for fall sports student athletes regardless of whether they compete this fall or spring. The waiver allows schools to exempt athletic aid of a fall sport athlete would have exhausted eligibility in 2020-21 extending the athletes eligibility time. The extension will not count against team limits for 2021-22. The board also recommended fall championships be moved to the spring and directed the Competition and Oversight Committee to develop NCAA championship models for the impacted sports.

There has been no response from either the Patriot League or Lafayette at the moment.