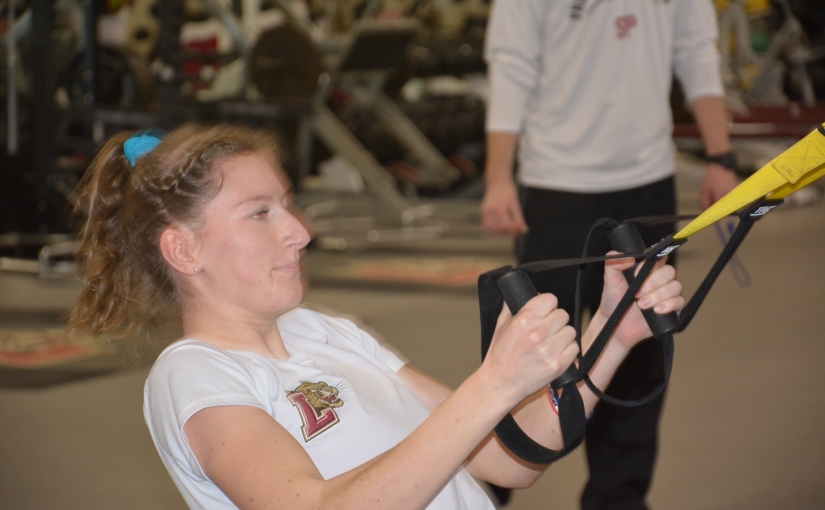 It’ll be eight months before the opening whistle of the 2017 season, but both  players and coaches are doing their best to prepare. It’s a new semester and our Lafayette Field Hockey stalwarts are already hard at work in the classroom. However, in a process dictated by the NCAA, our division one field hockey team will also be training with the staff of the strength and conditioning department to make sure they will be ready for the outdoor spring season slated to begin in late March.

No doubt they are working to improve skills as well using the indoor facilities of the Kirby Sports Center and perhaps even going out to Rappolt Field to take advantage of our unusually warm winter on the northeast coast. ( I am knocking on wood hoping it remains the same for the coming months).

I did see in a tweet ,who I thought was Ellen Colbourne, at the US Naval Academy in a group for Patriot League leadership seminars. This is a great program sponsored by the Patriot League to encourage leadership by our student athletes.

For the coaches as well, it is a busy time as recruiting is going on unabated. Four have been signed in the early signing period last fall and the last signing period is in April where there will no doubt be several more recruits putting their name on the dotted line. There have been several who have already made visits to Easton to kick the tires, and we all look forward to the completed list of those who will be on the 2017 roster.

This week end has the men’s basketball in action at home, and we can always find our group cheering on the Leopards. Many of our basketball players were ballboys during the field hockey season and the team is always ready to return the favor with support.

As you can see I am anxious to see the beginning of the spring season, but I thought I’d keep in touch anyway.